5 Reasons why EUR/USD will Fall

Forex market works in pairs and EUR/USD is considered as the most popular currency pair in the world. But with political turmoil in Euro area due to Brexit and other economic concerns governing both the US and Eurozone may get the pair stuck in a range difficult to break in.

There could be different reasons for the narrow range in which this currency pair is currently stuck. Though in late 2018, this pair has actually reduced in volatility due to improved political risk and other factors but in 2019, due to Brexit wooes, things are not as per the desires of many traders in the market.

Here are some of the Reasons as to why this pair may fall in price during 2019:

The US dollar, in recent days, have rebounded due to the strong possibility that the US and China will sort out their trade wars. The high level announcements by the US Treasury department as well as other officials, clearly suggest that the grounds have been made in terms of improving the overall relationships between the two countries.

This ease of trade war between two giants is expected to release some pressure on US dollar and it is expected that it will rebounding, making it a strong currency. Due to this reason, the EUR/USD pair may fall further. 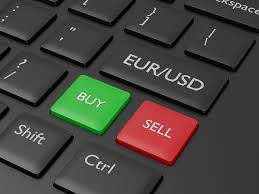 The overall economic performance of Eurozone is still subdued with many member countries are not posting the required level of growth. The major economies in the Region have not posted the required economic growth to sustain the economy in making it one of the fastest growing in the world.

There are some really great concerns about the performance of Italy and how its increasing fiscal imbalances would ultimately hurt the European Union. Before Christmas, Italian economy shown its vulnerabilities again and may jeopardize the Euro zone despite the fact that European Union is not so worried about the situation and may also impose penalties on Italy for its fiscal indiscipline.

With Chinese economy cooling down, it is also expected that other major economies will slow down too as fears of another crisis looming too. These news indicate that all may not be good for the Eurozone as Brexit may put further pressure on Euro to fall temporarily due to increasing economic and Political risk.

There is also an internal war going on between Trump and the FED wherein due to policies of FED, Trump is criticising them.

If Fed increases the rats, it is more likely that the pair will actually further fall due to pressure on the US currency to appreciate as a result of higher interest rates.

Though the negotiations are still on but the Brexit poses a serious challenge to the political and economic stability of the Region. With exclusion of one of the major trading partner in the shape of UK, EU as a whole may face the economic pressure due to which Euro may fall further and the EUR/USD pair may further witness a slide in value.

Parallel to the EUR/USD pair, GBP/EUR pair has far survived the Brexit pressure and with the new vote on Brexit in British Parliament possible, critics suggest that this pair may even get disturbed too due the extra pressure on British Pound Sterling.

Though the market is still positive about the trade war between US and China as well as the better solution to the Brexit deal but the overall uncertainty surrounding the market may cause further downward pressure on the pair and it may go down further in 2019. Investors should exercise caution and follow the political situation before taking on any significant bet on this pair.